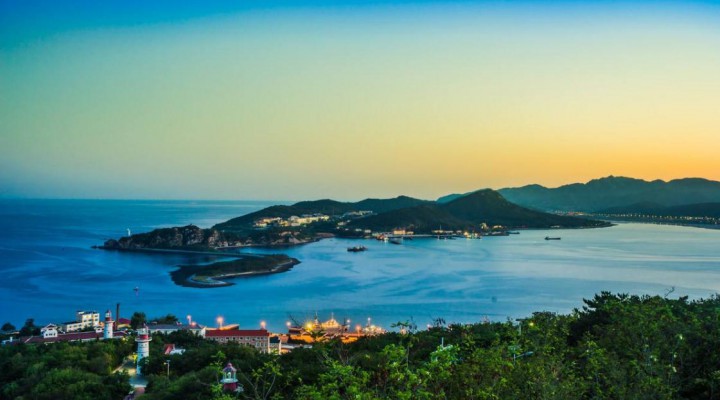 Lüshunkou is located at the extreme southern tip of the Liaodong Peninsula. It has an excellent natural harbor, the possession and control of which became a casus belli of the Russo-Japanese War (1904–05). Japanese and then Russia administration continued until 1953. During the first decade of that period, it was world-famous and was more significant than the other port on the peninsula, Dalian proper. In Western diplomatic, news, and historical writings, it was known as Port Arthur, and during the period when the Japanese controlled and administered the Liaodong (formerly Liaotung) Peninsula it was called Ryojun (旅順), the Japanese pronunciation of the Chinese characters in the city’s name.

Surrounded by ocean on three sides, this strategic seaport was originally known to the Chinese as Lüshun. It took its English name, Port Arthur, from a Royal Navy Lieutenant named William C. Arthur who surveyed the harbor in the gunboat HMS Algerine in August 1860, during the Second Opium War. At that time Lüshun was an unfortified fishing village.